Natto is a traditional Japanese food made from soybeans fermented with the microbe Bacillus subtilis. It is one of Japan’s most noteworthy health foods. Did you know the fermentation process generates high levels of vitamin K2? 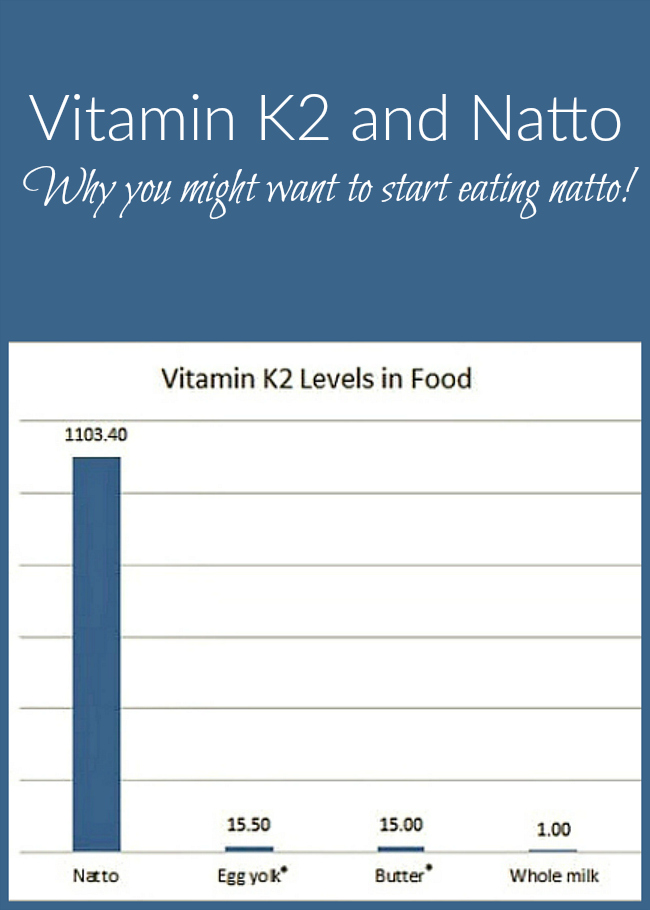 Is Soy Bad For Me?

Lots of controversy surrounds the issue of soy in our diet. The rise of genetically modified soy adds to the problem. (93% of all soy in this country is genetically engineered.)

The issue with soy in its natural state is that it contains various anti-nutrients that present problems for the immune system.These anti-nutrients help protect the bean from the sun’s radiation and microbial invasion but work against the people interested in consuming soy.

Soy in forms such as tempeh, miso and natto are not only rich in protein but rich in the fat-soluble vitamin K2. Of the three, natto is the most abundant source. Vitamin K2 is closely connected with the health of our bones, teeth, and overall immune system.

To learn more about the immune boosting properties of vitamin K2, I recommend the book, Vitamin K2 and the Calcium Paradox. Author Kate Reheaume-Bleue offers an excellent explanation of why calcium supplements are coming up short in the fight against osteoporosis and why adult women are in need of vitamin K2.

While vitamin K2 is a recent discovery, it’s important to note that researcher Dr. Weston Price became aware of its benefits while studying dental health and diet in the 1930’s. Dr. Price found that primitive people groups with the healthiest teeth consumed traditional foods rich in a mystery compound he termed Activator X. We now know it as vitamin K2. (For more on Dr. Price’s research see On the Trail of the Elusive X-factor: A Sixty-Two-Year-Old Mystery Finally Solved.)

Convinced about vitamin K2? Look what natto has to offer! 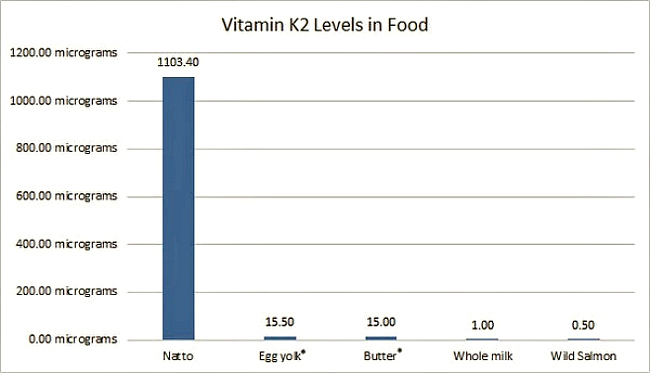 *The butter in this graph refers to standard butter rather than butter from cows raised on fast-growing grasses.* The egg yolk statistic does not reflect pastured chickens raised in the outdoors.  In both cases, vitamin K2 levels would be higher, but not nearly as high as natto.

Want to add natto to your diet?

Store-bought natto.  Most Asian markets carry natto in their frozen food section. The flavor packets contain numerous additives. These can easily be tossed. The natto in the styrofoam package typically has lots of strings, which indicates proper fermentation. It is not clear whether or not the soybeans have been genetically modified unless you purchase a brand like MegumiNATTO which offers a non-GMO version. Find out if megumiNATTO is sold in your area here.

Natto in supplement form. Vitamin K2 comes from two sources: animal and bacteria. The  K2 found in, grass-fed meat, egg yolks, and butter is called menaquinone-4 or MK-4.  If this appears on the label, it is likely synthetic. Vitamin K2 in bacterial form has a range of MK-5 through MK-10. MK-7 is the one found in natto, and the one you’ll typically see on supplement labels.  Amazon offers these varieties of vitamin K2 supplements.

Homemade natto.  Making Natto from scratch is not as hard as it may seem. One of the biggest benefits is quality control. There are some farms that offer organic, non-GMO soybeans:

I have been making my natto for several years and have found a method that works for me. I did not acquire the taste quickly. Once I did, I found myself craving it. I’ll typically have several spoonfuls daily along with a calcium supplement I make with dried eggshells. See more on the interplay between calcium and vitamin K2 in the article What You Need to Know About Vitamin K2, D, and Calcium.

See How to Make Natto for the recipe!

I also have found considerable benefit in applying natto to my face! My skin seems to soak up the vitamin K2 and other nutrients.

What is your experience with fermented soy? Have you tried natto? 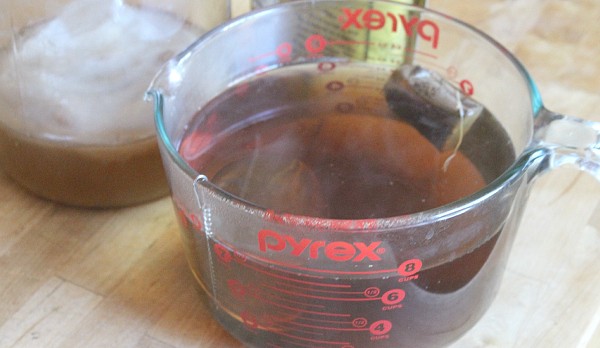 How to Make Kombucha 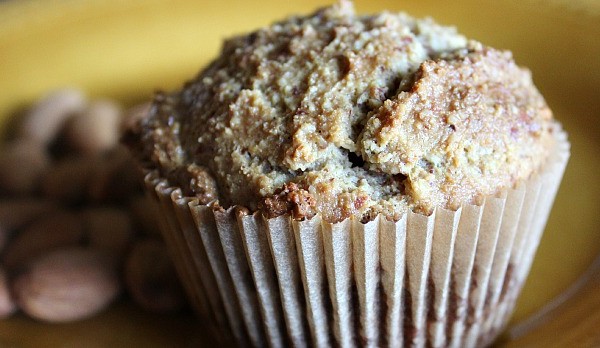