Colin is 14 years old and an avid consumer of real food. He was diagnosed with type 1 diabetes at the age of 7 and is the 8th of our 9 children. 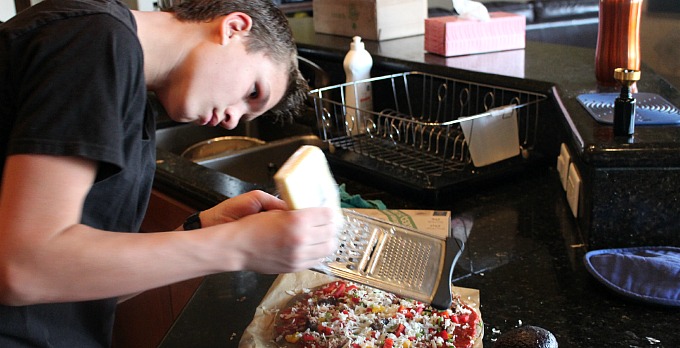 My first impressions of this world must have been a sight for sore eyes when I breathed my first breath. It was late that cold December night, at 12:20 a.m. on December 5th – 27 days from the turn of the century, January 1st, 2000.  My parents looked down on me probably thinking, “should we have gone all the way to eight?” One-and-a-half years later they made it to nine children. I am the eighth and I take pride in it.

I was born into a loving family, who for many years had lived in Illinois. Approximately six months after I was born we moved to Colorado for my father’s writing job. I grew up there,  loving the winter with the constant blankets of snow, and the clouds giving a warm feeling inside. It meant being inside and snuggling up, retrieving all of the covers in the five level house to create a giant pool of softness and warmth smack in the middle of the living room. The two trampolines were used often, as was the basketball court. The grill was on in the spring and summer, and holidays were celebrated with great joy.

Yet there was still a problem that all of us nine kids and two parents sensed but paid no mind to. There was something that we now wished we had paid attention to. It wasn’t until I was seven years of age when everything began to crumble. Slowly, surely and sadly. (See our story here.)

I was diagnosed in late July 2007. Those two-and-a-half days in the hospital were days I’ll never forget. At first I had no idea what the disease was – only that from here on out life was going to get a whole lot harder. It was a disease called diabetes. I had  Type 1, which I heard was worse than Type 2. Not too long after, we figured out a likely trigger for the disease.  It had the name of stachybotrys – a black mold that decimated our livelihood and health. For eight years it had eaten and eaten at us, and the many many visits to the doctor clearly displayed it to us. Then, on October 4, 2008, we left. I went through the front door, got into the car, excited to sleep over at someone’s house, not knowing I would see mine for the last.

In the morning my parents broke the news. We were not going back home. For the next week or so we lived out of a hotel room with extremely few possessions. I had only a couple of action figures, a few pairs of clothes, and only the memory two dogs who I never got to say goodbye to.

And then I moved on. We rented a house in Colorado, and then we moved out to Arizona – renting for six weeks. We thought we would return to Colorado.

“Why Arizona?” I once asked my mom. She replied by saying that we were out here to see a mold doctor. He would have answers, which was all we were looking for at the time. And then, over long and financially exhausting periods, we finally were able to see beyond the steam on the mirror and realize what was staring at us right in the face. It wasn’t the heaps of medications and prescriptions that would help and nourish our bodies. It was the simple and plain fact that the whole world would like to cover up -food is what heals.

I had to find this fact out the hard way. And it definitely was not easy. We first began on GAPS, which is a very nourishing diet. (See more about our experience with the Gut and Psychology Syndrome diet here.) The first day was the hardest – 24  hours of just soup! I was starving the whole day. Before long I found that I could surprisingly limit my intake of food without a problem.

Slowly, over the course of the next four years or so, we began to get healthier. My blood sugars slowly began to stabilize, my A1C was the best doctors had seen in a long time. The doctors were utterly befuddled as to the cause of my progress.  We  kept making changes to our eating lifestyle.  We took out things like  fruit, Larabars, Luna bars, regular store-bought yogurt and milk, peanut butter, crackers, any junk food whatsoever, and a multitude of other things I loved back then.

But we would also add certain foods. We brought fruit back in and added quinoa instead of rice.

I continued to improve  and so did my family. Tempers were not as flared as they once were. Tension began to decrease in elevation. Rashes mysteriously disappeared, and we seldom got sick.

I’m not saying that dieting or eating healthy is the answer to everything, but it’s not that far off from the truth.

Eating healthy has its other rewards too.

Wednesday is one of my favorite days of the week, for I get raw milk, a bag of Very Cherry Berry Blend of frozen fruit, almond butter to ferment overnight, and cream for either whipped cream or using it to make almond cookies. Many days I will make stir-fries. I often make salmon stir-fries. And every day I am continually encouraged that I am constantly getting better.

I love to go to the gym, come home and make a smoothie. I can’t believe how good sauerkraut sounds to me now or how much I enjoy having avocado ice cream.

I may face more challenges ahead of me, but I know that those can be conquered, and I know that I will push through. The food I eat will keep me going. 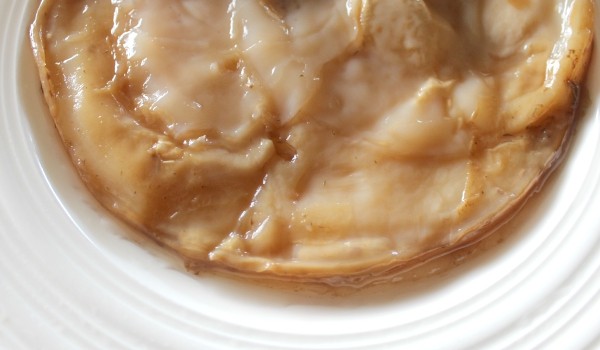 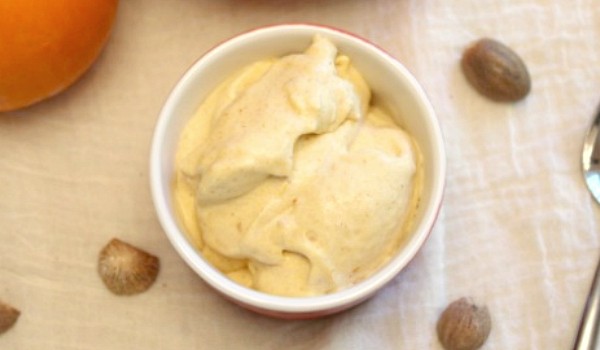