The ERMI (Environmental Relative Moldiness Index) test is a dust sampling analysis offered by several labs to evaluate the health of a building. ERMI uses a DNA-based method for identifying 36 different species of mold.

Labs currently offering this test include:

A smaller version of this test, the HERTSMI (also called the HERTSMI-2), uses similar technology to identify and quantify five of the more common and toxic species of mold. This test is offered by EnviroBiomics ($105-$212) and Mycometrics ($155 + return shipping).

All four labs offer vacuum canisters to collect the dust samples, while Mycometrics and EnviroBiomics also offer the option of using a Swiffer-type cloth to obtain the settled dust.

momsAWARE offers both the ERMI and HERTSMI tests from Mycometrics. You’ll find both at the momsAWARE Online Store.

After sending your sample, the lab will email you an ERMI or HERTSMI report that looks something like the following (or like the reports excerpted later in this article): 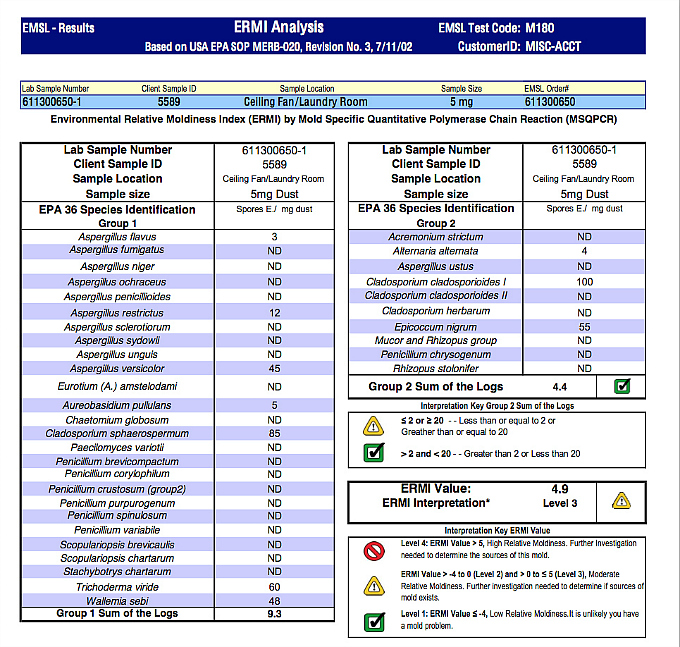 Keep the following points in mind as you seek to interpret the ERMI test results. 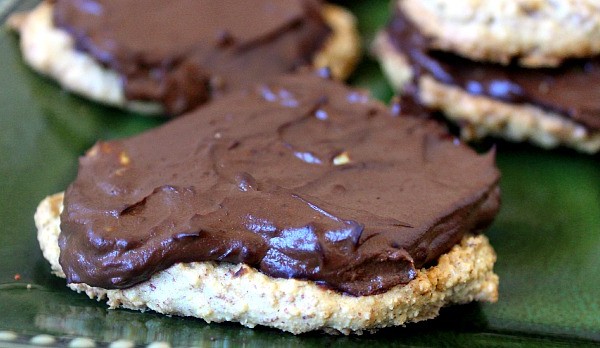 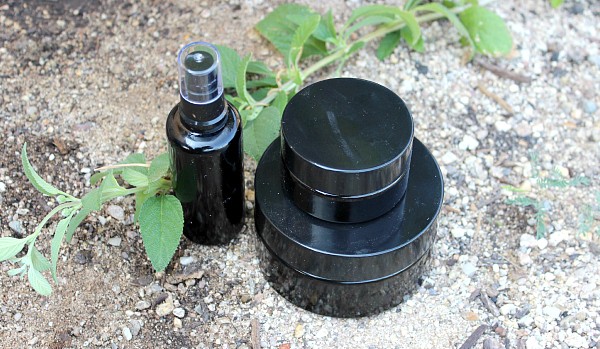