We left our home and everything in it on October 4, 2008, choosing to start completely over. The contents of our 5500 square foot home went into the dumpsters. 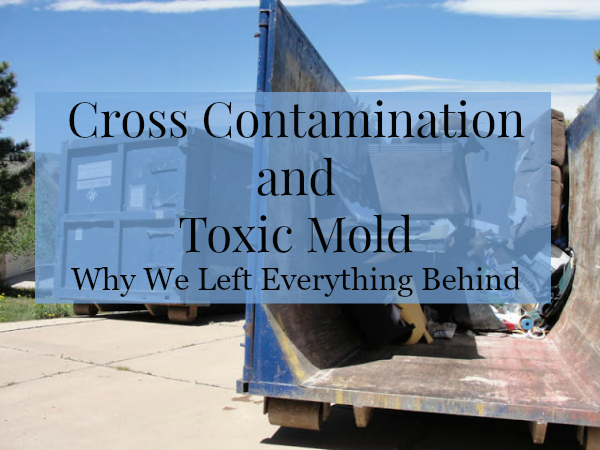 Did we really need to leave everything behind on the day we vacated the home? We were advised to treat the house as a fire and flee with the clothing on our backs. We were further advised to dispose of that clothing. I now see the wisdom of this counsel. Not only for health reasons, but for sanity’s sake. We were colonized with fungus when we left our home. We carried the fungus with us. It should have been no surprise to me, therefore, that we were symptomatic after we left.

Still, I was shocked by the nosebleeds, recurring migraines, rashes, etc. We constantly worried about cross-contamination. If we brought anything with us, our already compromised sanity would be shaken further.

This is why I advise others who find themselves in a mold-infested environment to make a new start with new clothing and air mattresses. Make your decisions about your belongings later. Once you’re settled and establish a fresh environment, you can consider them. Often the desire to bring things with you lessens. If stachybotrys is not involved, items may be successfully cleaned. Often professional cleaning is optimal. Other times, white vinegar and/or hydrogen peroxide can be used. With severe health issues it is always best to proceed with the utmost caution.

The toxins produced by mold are basically free radicals, i.e. they have reactive oxygen radicals that bind to fabrics and can be released with time. Also, not only Stachybotrys, but other dangerous molds release fine particles as well as larger particles, e.g. spores. The fine particles (less than 1 micron) permeate fabrics and are not readily removed. In addition, the mold spores bind to fabrics and can lead to cross-contamination of the new environment.

Also, do not forget the presence of potentially pathogenic bacteria. They can be aerosolized and also contaminate furnishings and clothing.

Most fungal spores range from 1 to 100 microns in size with many types between 2 and 20 microns. People with good vision may see 80-100 micron particles unaided, but below that range, magnification is generally necessary.

To put things in perspective, you could place over 20 million five-micron spores on a postage stamp.

As for the smaller particles, a study conducted in 2005, and published in the journal Atmospheric Environment, demonstrates that “fungal fragments” may be deeply inhaled and cause significant problems. The study focuses on fragments and spores of three different fungal species (Aspergillus versicolor, Penicillium melinii, and Stachybotrys chartarum). All three were aerosolized by the fungal spore source strength tester. The conclusion:

S. chartarum fragments demonstrated 230–250 fold higher respiratory deposition than spores, while the number of deposited fragments and spores of A. versicolor were comparable.

The conclusion of a second study published in the January 2009 edition of the Science of the Total Environment Journal:

The present study indicates that long-term mold damage in buildings may increase the contribution of submicrometer-sized fungal fragments to the overall mold exposure. The health impact of these particles may be even greater than that of spores, considering the strong association between numbers of fine particles and adverse health effects reported in other studies (Gold et al., 2000; Magari et al., 2001, 2002; Pekkanen et al., 2002).

These studies clearly suggest that there is more than meets the eye when toxic mold is involved.

When I consider the seizures, organ failure, brain damage, horrific rashes, endocrine disruption, and more that occurred in our home, I don’t have to think twice about saving our new refrigerator.

Could we have saved some of our non-porous items? Perhaps. Do I regret not trying? Absolutely not.

Could someone else have used our possessions with little to no ill health effects? Perhaps. Do I regret the cautious action of dumping the items? No, because we’re sure no one’s health will ever be compromised with these items.

I have learned the hard way to respect mold spores, and now fungal fragments, the way I respect lightning, icy roads, and hurricanes. It is my passion to help others do the same. 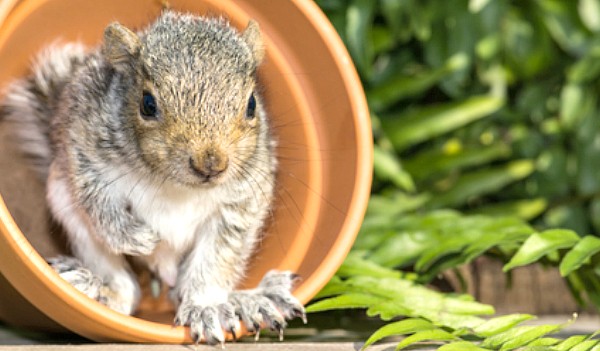 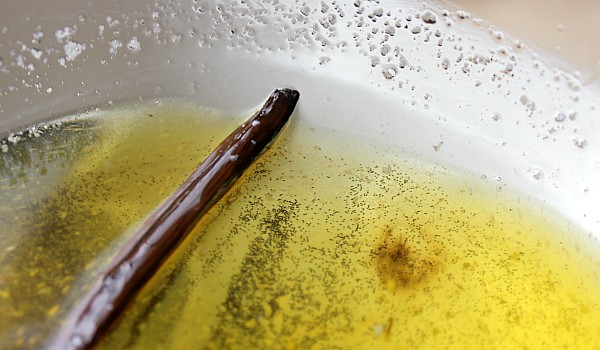