Do you believe you have the right to know what’s in your food? Do you want to know if food is genetically altered? If you answered yes to the questions above you are not alone. More than 90% of Americans believe GE (genetically engineered) foods should be labeled.

The matter of GE food labeling is currently left up to the states. So far Connecticut and Maine have passed labeling legislation with trigger clauses and Vermont has passed a bill with no trigger clause that takes effect in 2016.  (A trigger clause maintains that conditions that must be met in order for the law to take effect.)

In all, more than 50 bills have been introduced in 26 states, with the momentum growing.

This would all come to a halt if Congress acts in favor of a proposal introduced by Representative Mike Pompeo. The legislation, ‘‘Safe and Accurate Food Labeling Act of 2014’’,  would preempt any state effort to label GE food and would make voluntary labeling the law of our land. No more state initiatives. It would be up to the company producing the food to decide if it wants to let the consumers know. The bill, dubbed the Deny Americans the Right to Know (DARK) Act, was defeated in the Senate in March of 2016, after passing the House in the summer of 2015. But supporters of the bill will continue to push for it no doubt.

What does the DARK Act say?

Here is the exact wording as it appears under Section 104. PREEMPTION:

Except for claims under subsection (a)(1) or (b)(1) of section 425, no State or political subdivision of a State may directly or indirectly establish under any authority or continue in effect as to any food in interstate commerce any requirement for the labeling of a food by virtue of its having been developed using bioengineering, including any requirements for claims that a food is or contains an ingredient that was developed using bioengineering.

(See the full text of this legislation here.)

I used to be on the fence on the issue of GMOs. After all, my son with type 1 diabetes relies on this technology for survival. However, I have decided to stay as far away as possible from it. See my previous post Five Reasons I Avoid GMOs.

Even if I didn’t have concerns about genetically altered foods, I wouldn’t put the decision to label in the hands of a company.  Can a private enterprise have our best interest at heart when profit margins are a top priority? Companies have everything to fear when it comes to labeling. So far 64 countries have adopted mandatory GE food labeling and in many cases, GM foods have been pushed off the market.  (See How Much Do You Need to Know About the Food You Eat?)

Thankfully, there is a new bill up for discussion. The Biotechnology Food Labeling and Uniformity Act would allow American consumers to see whether a food has been prepared with GM ingredients, while offering food manufacturers several options for including this information on or near the ingredients list. Learn more about the bill here.

This bill is supported by organizations like Just Label It and is far more accommodating to the consumer.

What about you? Are you concerned about GMOs in food? 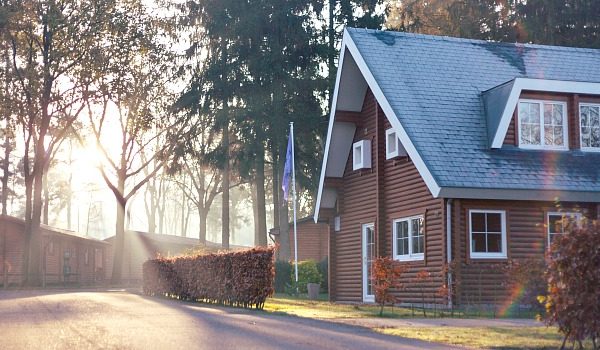