Are you assuming all is well when it comes to modern technology? Are you confused by conflicting statements regarding the health effects of cell phones and other wireless devices? Consider what a leader in the insurance industry says about the risky business of electromagnetic radiation. 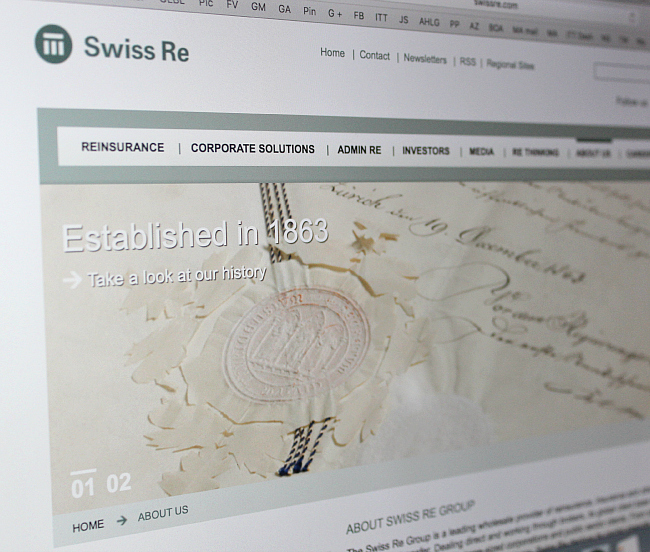 The Risky Business of Electromagnetic Radiation

Who or What is Swiss Re?

Swiss Re is not an insurance company. It is a reinsurance company. Founded in 1863, it is now the world’s second-largest reinsurer (after acquiring GE Insurance in 2006 for 7.4 billion dollars.) According to the Swiss Re website:

The Swiss Re Group is a leading wholesale provider of reinsurance, insurance and other insurance-based forms of risk transfer. Dealing direct and working through brokers, its global client base consists of insurance companies, mid-to-large-sized corporations and public sector clients.

It’s important to keep in mind that Swiss Re is not thinking about the health and well-being of consumers when they offer risk predictions. They are helping businesses avoid financial devastation in the wake of potential lawsuits and liabilities.

In other words, it’s in Swiss Re’s interest to assess risk and communicate risk to insurance companies so that profitability is maintained.

What does Swiss Re say about modern technology?

In June 2013, Swiss Re issued the document Swiss Re SONAR Emerging Risks Insights. Thankfully this report is available to consumers who want to see what the reinsurance industry thinks insurance companies will be paying for in the years ahead.

Here’s how the report begins:

“Risks are a moving target. They are constantly changing or newly developing. That makes it difficult to quantify and judge them. The earlier the insurance industry starts adapting to emerging risks, the better prepared it will be for tomorrow‘s challenges.”

“Risks are tough to predict. Culture is changing rapidly. You (the insurance company) better be thinking about these health and property risks, or you’ll go under and so will we.”

Swiss Re categorizes risk in terms of low, medium and high. It further delineates these into projected time frames such as 1-3 years, 4-10 years and greater than 10 years. Furthermore, it categorizes the types of risks such as property, financial and most importantly casualty (a person hurt or killed). 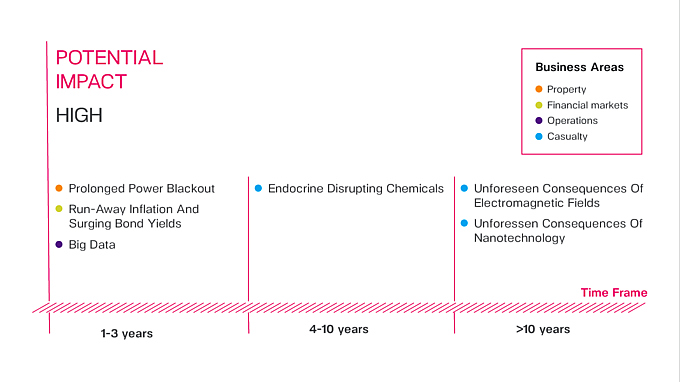 (The above image depicts only part of the Swiss Re chart. See the medium and low risks here.)

The insurance industry knows that wireless radiation is dangerous. Do we?

Of course when I see the word high risk I immediately assume a risk to my health. However for Swiss Re it means:

Again, a reminder that the dollar is the top priority.

What are these significant concerns?

According to Swiss Re, a prolonged power blackout may be caused by “space weather events or coordinated terror attacks ” with significant impacts on society and industry. It’s interesting to note that our vulnerability to large-scale power blackouts has increased due to:

“We’re going to be in trouble because consumers have embraced technology too quickly without considering the consequences.”

This class of chemicals is proving to be far more detrimental to our health than ever imagined. See my previous post Endocrine Disrupting Chemicals 101.

Swiss Re notes the ubiquity of electromagnetic fields (ELFs). (emphasis mine)

“The convergence of mobile phones with computer technology has led to the proliferation of new and emerging technologies. This development has increased exposure to electromagnetic fields, the health impacts of which remain unknown.”

According to Swiss Re:

“If a direct link between EMF and human health problems were established, it would open doors for new claims and could ultimately lead to large losses under product liability covers. Liability rates would likely rise.”

“If these health concerns prove to be correct the insurance industry will lose unless we take action now.”

Lloyd’s of London, a leader in the insurance industry, has already taken steps to exclude coverage of health issues associated with EMFs. (See more in the previous post 6 Surprising Facts About Cell Phones.)

While it’s sad that profit is the #1 concern, it’s even more sad that consumers remain in the dark. There are more than 1800 studies demonstrating a clear connection between electromagnetic radiation and adverse health outcomes. (See the BioInitiative 2012 report.)

We have embraced our modern electronics with lightning speed assuming all is well. The technology industry has done an excellent job creating doubt in the consumer’s mind regarding health concerns. Why not heed the warning from the insurance industry and take action now for the sake of ourselves and future generations!

How to Reduce EMR Exposure 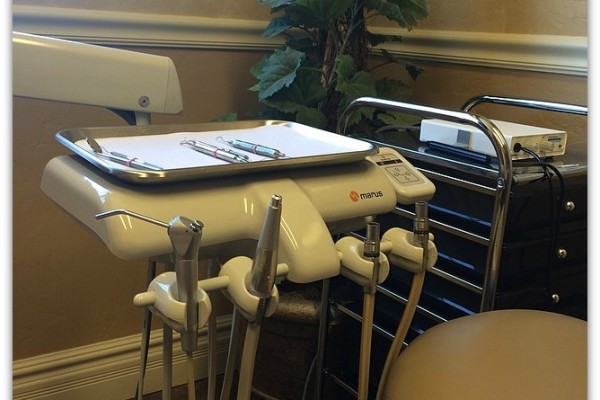 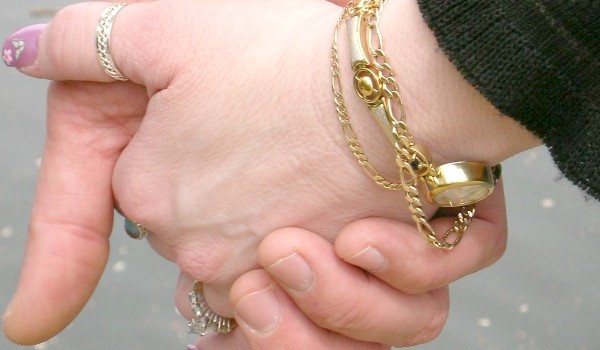