I recently downsized from an iPhone 5s to a simple flip TracFone. I made this decision for a variety of reasons, including decreased cancer risk, increased brain function, and overall sense of well-being. It’s a decision I’ll never regret. I bought my smartphone in the spring of 2014 with fear and trepidation. Not because I was nervous about electromagnetic fields or taxing my brain. I was apprehensive about learning the new technology. My fears were quickly assuaged as I caught on quickly. Within a month, I was relishing my instant access to email, Facebook, and Google searches. I used it in the car for navigation and enjoyed sharing photos on Instagram.

In December 2014, everything changed. I had an electromagnetic radiation inspection done on our home and “saw” the fields emitted from wireless devices. I was shocked. (See more in the post From Wireless to Wired: Our Family’s Journey.)

I began to think differently about my smartphone.  I didn’t take action, except to keep it away from my head as much as possible. My focus was on the home, with particular attention to sleeping areas. (I detail these changes in Sleep, Melatonin and Electronic Devices.)

In the spring of 2015, I began to consider a transition away from my “not-so-smart” phone. The task was daunting; I was afraid to give up my navigation and photo sharing. I was overwhelmed with the process of leaving my provider, even though my phone was paid for and I was not on a contract.

Instead, I removed all applications including Facebook and Instagram and noticed an immediate reduction in use. I liked the decreased dependence on my device.

For Christmas, I asked my husband to help me take the next step. He helped me pick out a basic TracFone, and we purchased a three-month supply of minutes.

Have you considered downsizing from a smartphone? #EMF

It’s been more than a year, and I’ll never go back. The benefits far outweigh the costs.

Things I Miss
What I Love

The Top 8 Reasons I Got Rid of My Smartphone

The Federal Communications Commission relies on thermal testing to maintain its position on safety. Since human tissue is not heated by exposure to these forms of non-ionizing radiation, it is assumed radiofrequency radiation (RF) is innocent. BioIniative 2012 suggests otherwise, compiling more than 1,800 studies that demonstrate these fields are hazardous. Even your cell phone manufacturer recommends that you keep the phone away from your body. (See Cell Phone Manual Warnings.)

Furthermore, non-ionizing radiation has been shown to contribute to DNA strand breaks in the brain cells of living rats (study here), and microwave radiation increases the rate of micronuclei (DNA fragments with no known purpose) in the body (study here).

DNA strand breaks and DNA fragments have been implicated in cancer growth. The World Health Organization now classifies RF as possibly carcinogenic. As one who is actively seeking to minimize my risk of cancer, I want to keep my RF exposure to a minimum. (See 8 Ways I Am Minimizing My Breast Cancer Risk.)

** From what I understand, the HTC Desire Smartphone emits less RF than the iPhone, so may be a better bet for those seeking to reduce their exposure. For more suggestions on safe cell phone use, see 10 Cell Phone Safety Tips.)

Within a month after getting my smartphone, I found myself agitated if I was without my phone. I was experiencing what is now known as nomophobia (a contraction of no-mobile-phone phobia). Coined by researchers in the United Kingdom, nomophobia is defined as “the fear of being out of mobile phone contact.”

According to the UK study, nearly 53 percent of mobile phone users in Britain tend to be anxious when they “lose their mobile phone, run out of battery or credit, or have no network coverage.” Still another study found that respondents check their phones, on average, 34 times a day.

Recently I left to pick up my daughter and forgot my flip phone. I didn’t panic like I might have when I had my smartphone. I regretted leaving without it, as I had to stop at a store and ask to borrow a phone to clarify our meeting time. How I wished for an old-fashioned pay phone!

My phone phobia was contributing to my overall heightened sense of anxiety. Round-the-clock access to social media and email and the constant decision-making was compounding my anxiety. I was more irritable and easily distracted. Anxiety has been a big issue for me in the past; the smartphone was doing me no favors.

Anxiety and My Twenty-Something Daughters

Two of my adult daughters recently got rid of their smartphones. Each has seen a difference when it comes to anxiety.

My increased irritability led to issues with my children who are still at home. I found myself torn between them and my phone. I was less apt to sit and talk. I was preoccupied and distracted. If I wanted them to spend less time on their devices, what kind of example was I setting? We had already seen the benefit of a technology fast; I was ready to move in a direction away from my device. (See more about our fast in the previous post Our Family’s Digital Detox.)

I have had serious concerns about the government’s oversight of the wireless industry. The primary mission of the Federal Communications Commission is to make communication services available to everyone. It is not to monitor the health effects of these services.

Part of the system involves subsidy programs for expanding wireless service to schools and libraries. With the growing concern over Wi-Fi in schools, my goal is to contribute as little as possible to the system. (See more about these subsidy programs and consumer bills in the previous post 6 Surprising Facts About Cell Phones.)

Now that I’ve downsized, my monthly payment has gone from $60 to approximately $10, which means I’ve substantially reduced my investment in what I consider a flawed system.

My eyes have been aging well so far. I’ve stopped wearing glasses or contacts unless I absolutely need them and I no longer wear sunglasses. (See Health Benefits of Natural Light.) I still don’t need reading glasses and I want to keep it that way as long as I can. Research suggests that too much small-screen time disrupts focusing and causes eye strain. “Dry eye” is a common symptom of screen time, since the mind focuses so strongly on the screen the user forgets to blink, which affects eye lubrication.

Consider the findings of an Israeli team of researchers who discovered that prolonged use of mobile phones can lead to permanent eye damage. According to the study Non-Thermal Electromagnetic Radiation Damage to Lens Epithelium,

Environmental stress, including electromagnetic radiation, has a negative impact on the lens and is considered a risk factor for cataracts. In this study we show non-thermal effects of microwaves at the same frequency that is used in cellular phones on the intact lens in organ culture. Microwaves damaged the lens optical quality, as measured by focal length variability. Microwave damage was dose-dependent and at the doses tested was reversible when exposure stopped.

The fact that the study found the damage was reversible increases my resolve to limit my screen time.

My smartphone escalated my phone use in the car. I knew it was a bad habit, but I had a hard time stopping. It was easy to check at a red light, or while waiting in the carpool line. I  continued to take calls, even though I knew it was distracting. My anxiety increased since I now felt guilty checking my phone in the car. My daughter and husband’s recent car accident affirmed my decision. The tow truck driver who arrived on the scene emphasized the importance of keeping cell phones out of sight when driving. (See Lessons From a Car Accident.)

The need for reflective thought played the biggest role in my decision to get rid of my smartphone. I used to get lost in books of poetry and classic literature. I would spend hours in a bookstore browsing and journaling. Now my only browsing was on the Internet.

When I came across Nicholas Carr’s book The Shallows: What the Internet is Doing to Our Brains, I knew I was not alone. Carr shares a similar experience and then looks at the subtle and not-so-subtle effects of modern technology. Carr notes that while the Internet has helped our ability to multitask, we are less able to tolerate downtime and are slowly losing our ability to think deeply and creatively. According to Carr (emphasis mine),

It’s not only deep thinking that requires a calm, attentive mind. It’s also empathy and compassion. Psychologists have long studied how people experience fear and react to physical threats, but it’s only recently that they’ve begun researching the sources of our nobler instincts. What they’re finding is that, as Antonio Damasio, the director of USC’s Brain and Creativity Institute, explains, the higher emotions emerge from neural processes that are “inherently slow.”

The Internet is anything but slow. The constant stimulation quickly overwhelms our quiet modes of thought. Greg Hochmuth, a former product manager for Google, Instagram, and Facebook agrees with Carr.  Hochmuth and computer scientist Jonathan Harris founded Network Effect in August 2015.

This is how Harris and Hochmuth explain the 10,000 video clips, 10,000 spoken sentences, news, tweets, charts, graphs, lists, and millions of individual data points found on their site.

All of it is a mirage — there is no one here to watch, there is no secret to find, and the data, which seems to be so important, is actually absurd. In this sense, the project mirrors the experience of browsing the web — full of tantalizing potential, but ultimately empty of life. We do not go away happier, more nourished, and wiser, but ever more anxious, distracted, and numb. We hope to find ourselves, but instead we forget who we are, falling into an opium haze of addiction with every click and tap.

Getting rid of my smartphone is one of the best things I’ve done for my overall health and well-being. I still love my computer and access to the Internet but am grateful to be free of the anxiety, extra radiation, and the temptations of a smartphone. I may be a little less “connected,” but as the Roman philosopher Seneca noted two thousand years ago, “To be everywhere is to be nowhere.” I talk more about my decision to downsize my phone in this episode of The Connecting Place. 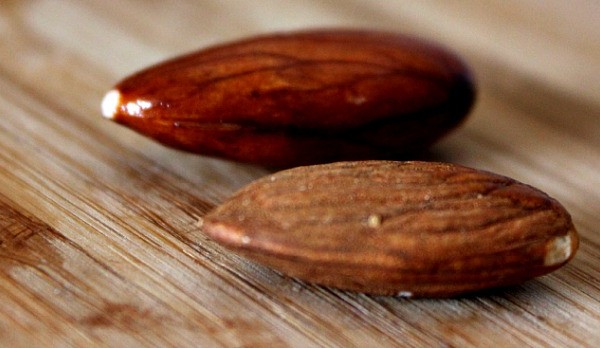 How to Soak and Sprout